To have the optimal experience while using this site, you will need to update your browser. You may want to try one of the following alternatives:

Congratulations Brendan Shupe of the Carolina Forest area recently completed his Eagle Scout for the achieving the rank of Eagle Scout. 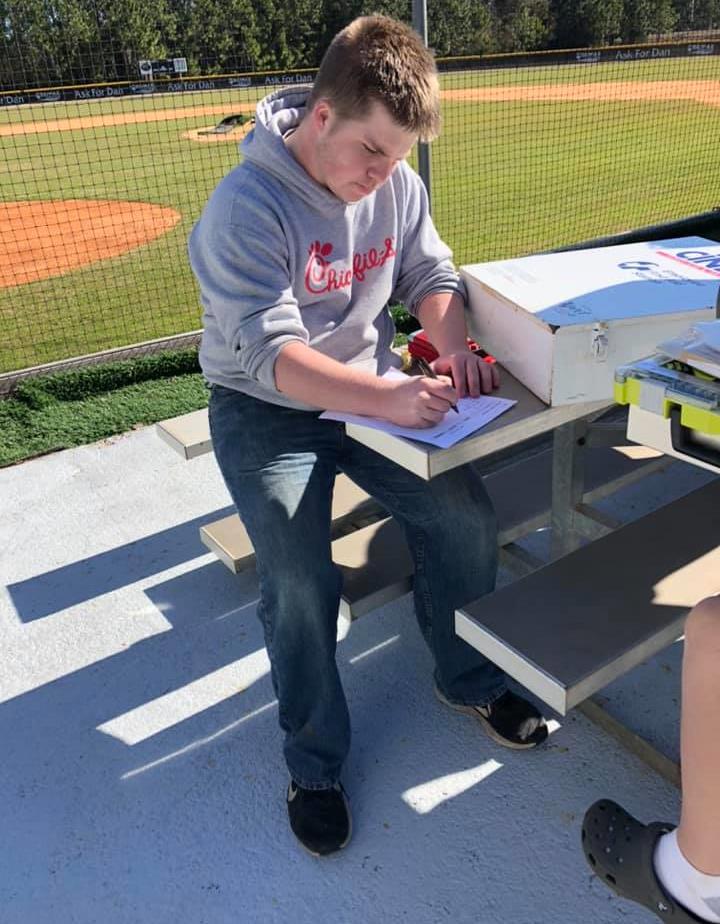 The Boy Scouts of America have a long and proud tradition. From cub scouts up to Eagle Scout, young men learn life skills like teamwork, project management, and accountability. With the help of his team, Brendan Shupe of the Carolina Forest area recently completed his Eagle Scout Project required to achieve the rank of Eagle Scout.

Brendan chose to give back to a place that has meant so much to him and his family. The Carolina Forest Community Center/ Sports Ministry has been a home for Brendan both on and off the playing field. He recognized the dugouts and concession area needed some work and decided to refurbish his Eagle Scout project.

Boy Scouts teaches you that you cannot achieve everything on your own, and Brendan needed a lot of help to make this project work. Financially Brendan was required to raise money to pay for the project materials and other expenses. He expected costs to be over $1000.00 and reached out to local businesses for help.

David Wellons of Johnson & Wellons LLC was quick to help. Having been a part of the Carolina Forest Community Center and an Eagle Scout himself, he understood the value of what Brendan was doing and made a gracious monetary donation. Many thanks to David Wellons and his team.

Another local company saw the value in the project as well. Anderson Brothers Bank has been a pillar in the community for decades and was quick to find the time to listen to what Brendan wanted to accomplish. After presenting his project, Brendan was contacted and informed that multiple locations had made donations. A special thanks to Susan Grant, Holly West, and Tamra Cannon for helping Brendan achieve his goal.

The help didn't stop there. Lowes home improvements store was quick to offer assistance as well, donating materials needed for the project. A massive deal in bringing this project to fruition. Seaboard Signs donated the sign placed on the worksite. They have a history of helping their community many do not know about—what a great company.

The final piece to bring this project together was for Brendan to assemble a team of volunteers to plan the test. Many of Brendan's fellow Boy Scouts showed up on a cold Saturday morning to get to work. Many adults helped out as well. A big shout out to Adam, Anthony, Michelle, Tiger, Craig, and all the other parents that came out! A lifelong supporter of Boy Scouts Tim Davis and his son, also an Eagle Scout, Ben Davis, came out to assist. Finally, his Boy Scout leaders were there to show support.

With such a massive outpouring of assistance, Brendan expanded his project that morning and completed another project at the Community Center he recognized needed to be done. Work finished eight hours after it started. All of the benches in the dugouts had their seats and backs replaced and their metal framing sanded, primed, and painted. Many of the old material was donated to a local family building a treehouse while the remaining was removed and properly disposed of. And… they were able to replace the stairs and handrail on the side of the concessions stand, something not in the original project. Below are pictures of the project in motion.